A series of illustrations were created for animation, web design and promotional items for Keep Love Sweet.
A NHS sexual health information website for under 25’s in Dorset.

The characters were designed to be animated simply. Flat colours were used to keep file sizes small. 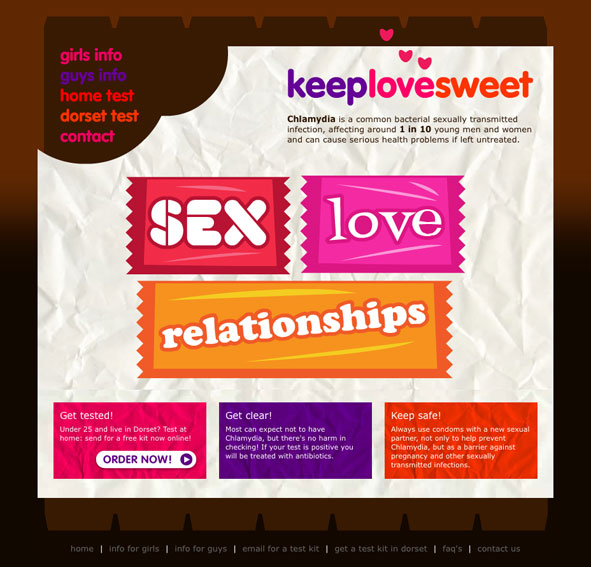 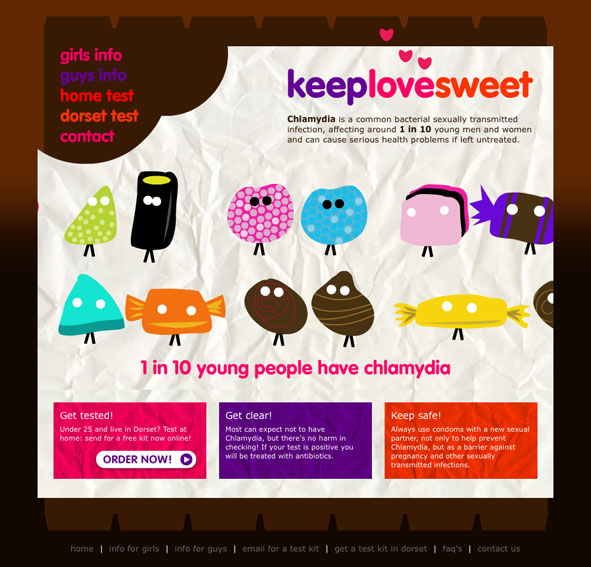 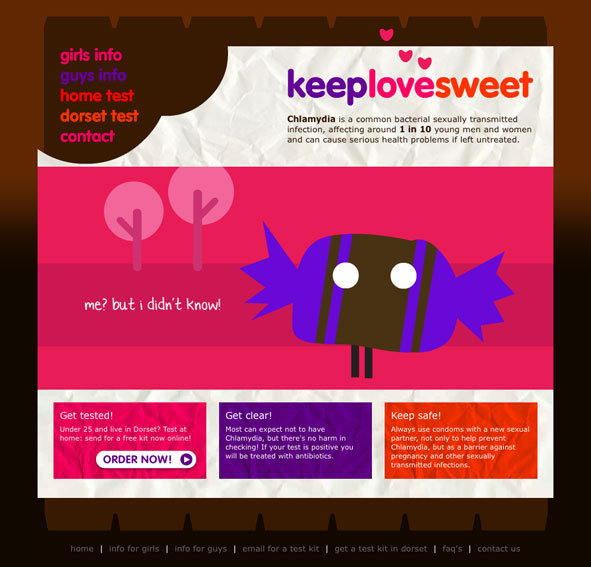 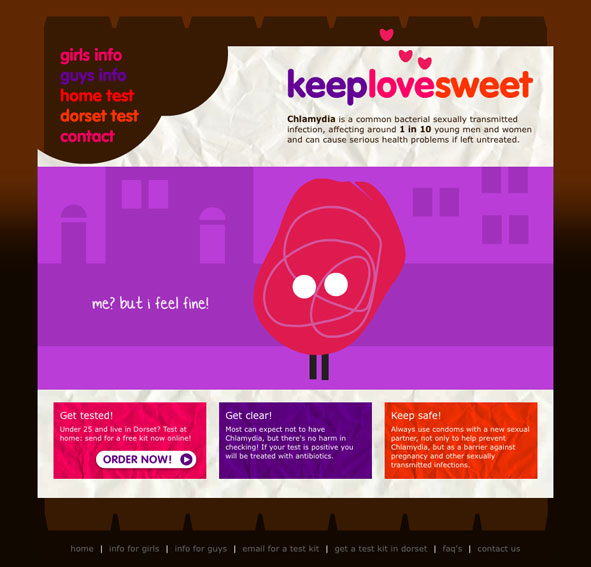 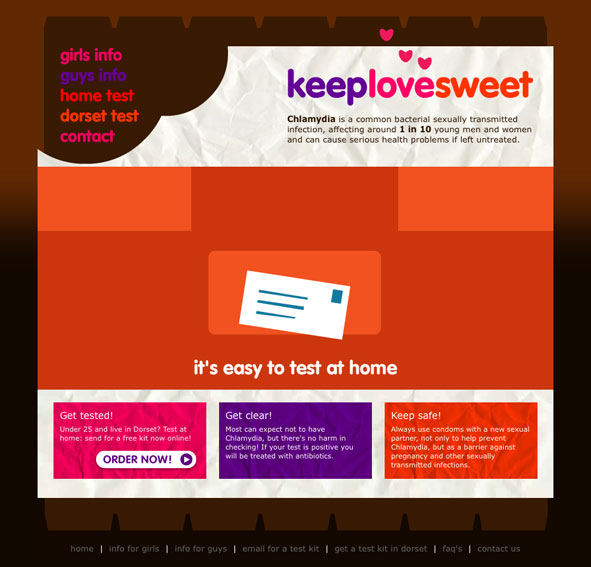 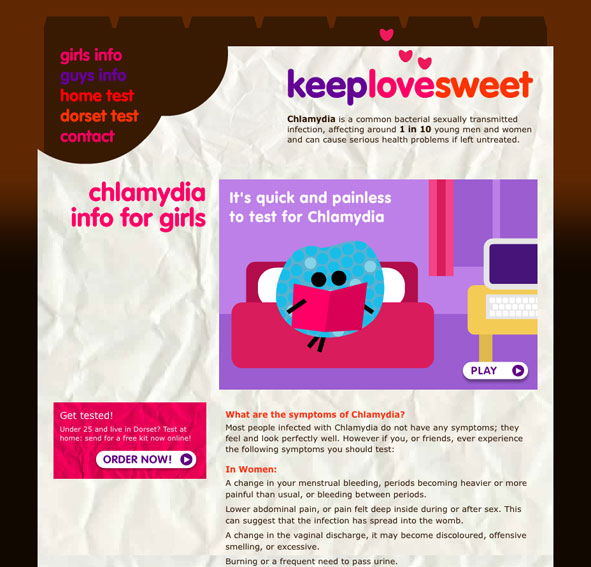 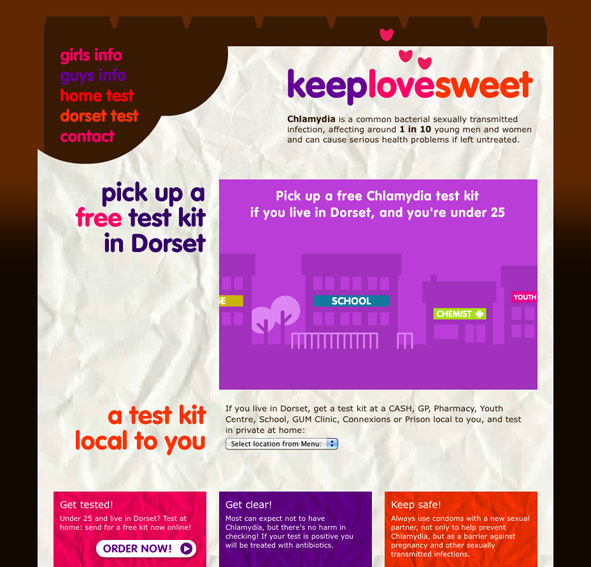 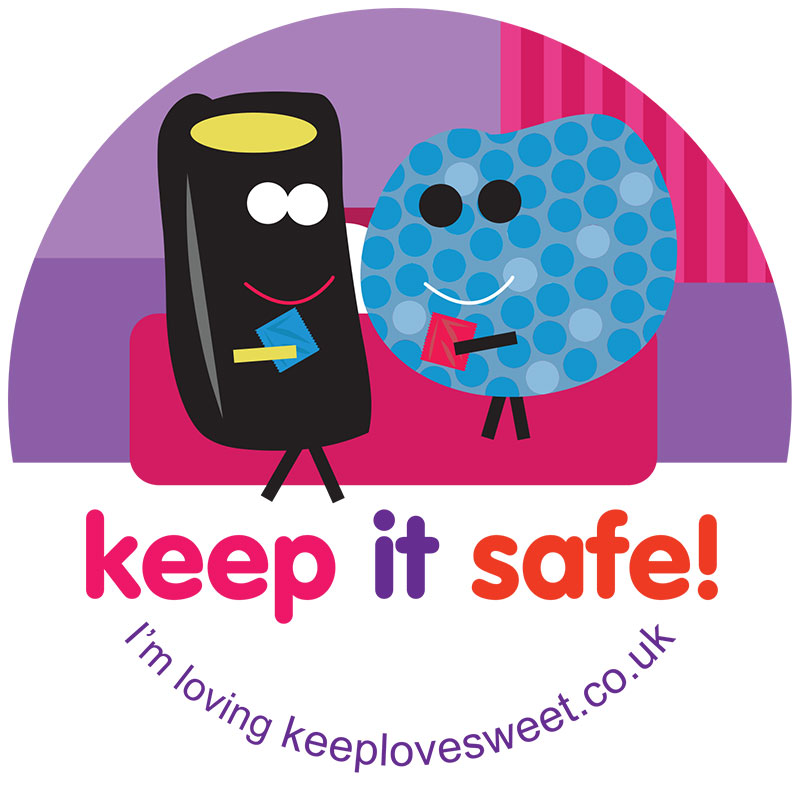 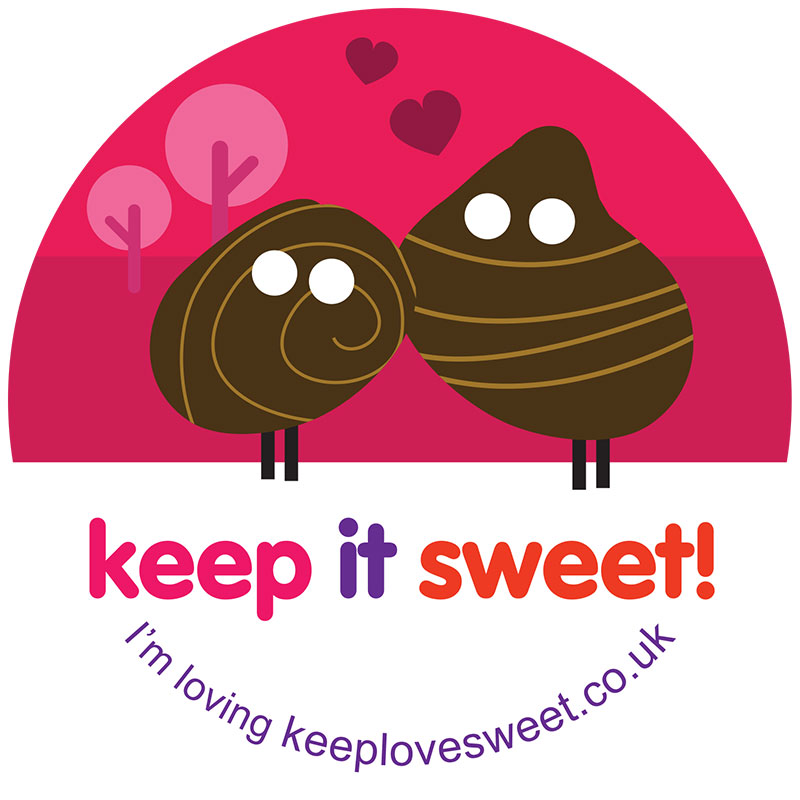 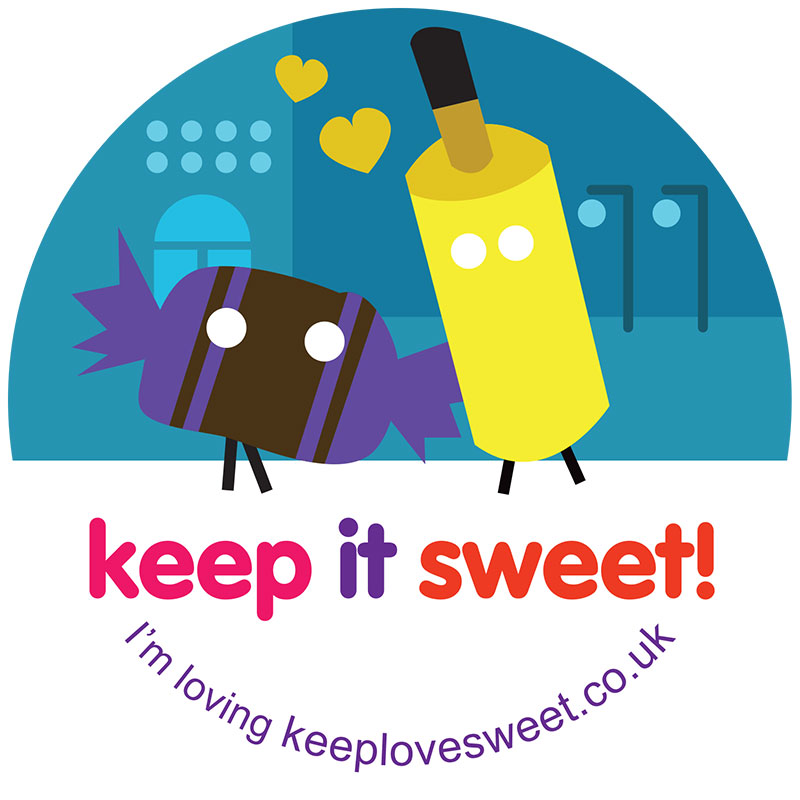 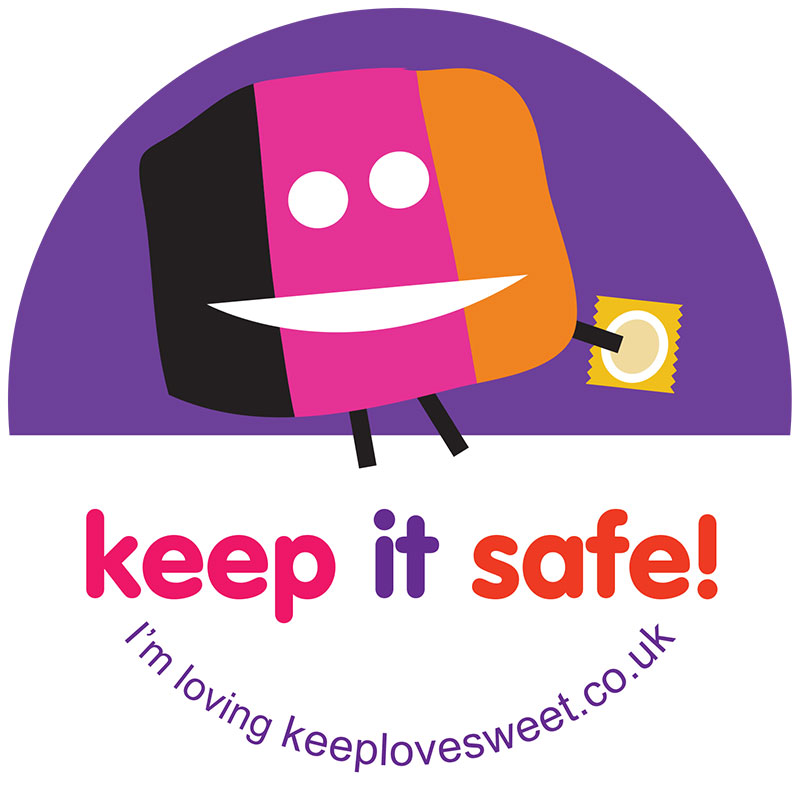 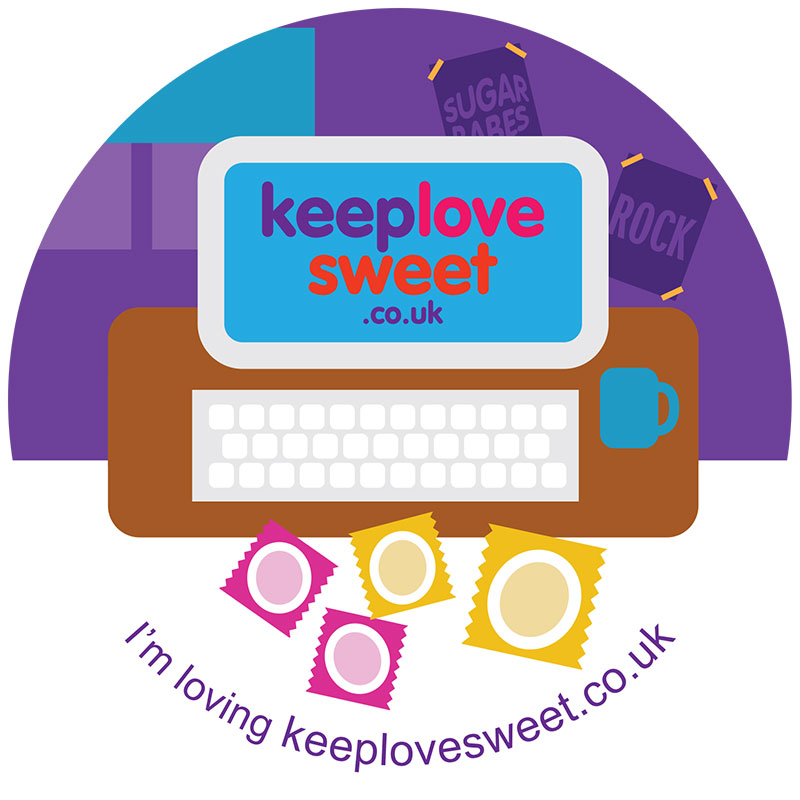 This series of colourful illustrations were created for NHS Chlamydia Screen Dorset in 2014.

For a second version of their website, the brand ‘Keep Love Sweet’ was devised to be an easier name to remember, spell and search for (previously chlamydiascreendorset.co.uk). It also encapsulated the message of looking after and caring for one and another.

For illustration design, the characters were created as sweets. This was a useful way of communicating the sexual health message without detailing a persons sex, colour or physicality. All characters are treated as equal.

Technically the bright colours and vector style also suited animation. This was created in flash then converted to video format. The video was also made available in a YouTube channel.

Additional flash action script functionality was used for a home page game, a version of wheel of fortune that was later added.

The website continued the confectionary theme, designed with chocolate bar and wrapper graphics for navigation areas.

From Google Analytics data the site proved very popular with users and the client.